new Delhi: On one hand, Pakistan is trying to save its credibility in the Global Financial Action Task Force (FATF). On the other hand, the Pakistani Army is constantly sending arms and ammunition to the LoC to help the terrorists.

According to the information, late Monday evening, the Indian Army along with the Jammu and Kashmir Police, in an attempt to smuggle the arms of the Pakistani Army into the Tangdhar sector of North Kashmir, was exposed. A bag full of weapons was found during the search operation. Five pistols, ten magazines, 138 rounds and hand-grenades were found in this bag. Apart from this, packets of biscuits and food items were also found in the bags.

Terrorists without weapons have started to infiltrate the LoC – sources

According to sources, the Pakistani army and terrorist organizations have now started infiltrating terrorists without weapons. So that by dodging the Indian Army, the terrorists can enter the Pakistani border (PoK) to the Indian border. Because the Indian Army does not shoot at unarmed people. These bags filled with weapons are dropped near the LoC through a drone and then the ‘guides’ of these terrorist organizations come from here and carry them silently.

Earlier on 9 October, the Indian Army recovered a bag full of weapons from the Kishanganga River. In the dark of night, the terrorists were sending this bag filled with weapons through a rope and pipe in the Kishanganga River towards Keran sector of India from the side of Neelam valley of PoK. From this bag, the Army recovered 04 AN-74 rifles, 08 magazines and 240 rounds.

SATF insists on tightening the funding of terrorists

An official associated with India’s security network told ABP News that while the Globus organization is trying to show its clean-up over Pakistan’s anti-terrorist financing in FATF, the Pakistan Army has been able to thrive militants and terrorist organizations operating in Kashmir. It is helping you to flourish.

Let us tell you that in the beginning of this month, Pakistan had submitted its ‘follow-up’ report in FATF. But the FATF has described this report as inadequate and insisted on tightening the funding of terrorists. This is the reason that Pakistan will remain in the gray list and will submit its report to the FATF every month and will tell what steps it has taken to crack down on terrorists.

If Pakistan does not do so, then its chances of joining the black-list will increase. If Pakistan comes on the black list, it may get financial support from the World Bank, IMF and Asian Developer Bank. 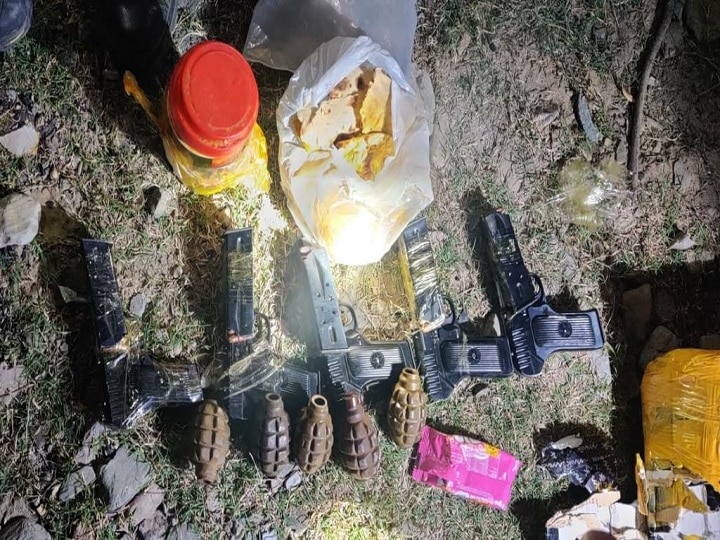 Hathras case: Demand of victim family from high court- case transferred out of UP, pleaded for protection

How the advertisement was shot standing on top of the tallest building in the world, did not see such a feat before

UAE Airline Viral Advertisement: These days, a 30-second ad film of UAE airline Emirates is creating panic on social media. This ad film has been shot on top of the world’s tallest building, Burj Khalifa. Initially people could not believe that this advertisement was filmed on Burj Khalifa. To clear this confusion of the people, […]

Who is behind the conspiracy to crash the Chinese plane? At whose behest in the cockpit the plane was tampered with?

China Jet Crash: There has been a shocking revelation about the crashed jet plane in China in the month of March. Black box data indicates that the plane was intentionally crashed in China. The Wall Street Journal on Tuesday pointed to flight data from a black box recovered from a China Eastern Airlines jet that […]

How to rehydrate when playing sports on a hot day?

I often play intense sports, with hot weather like today, how to rehydrate, doctor? (Hung, 28 years old, Hanoi). Answer: High temperature, continuously for a long time can make the body dehydrated, tired, especially playing sports with high intensity. Studies recommend that sportspeople drink water before, during, and after training and competition. Common signs of […]

Will Vietnam develop space industry and own satellite beam?

Vietnam is developing a project to strengthen the national capacity for Earth observation based on a system of small high-resolution, ultra-high-resolution satellites using optical sensor technology, radar, combined with flying equipment. Driverless”. According to the Vietnam Space Center (VNSC), the Embassy of Japan and the Japanese Ministry of Economy, Science and Technology (METI) have supported […]

Afghanistan Quake & Dog Saga: Last week’s earthquake in Afghanistan caused a lot of devastation, in which thousands of people died and there was heavy loss of life and property. The poignant story of a white-coloured Pomeranian pet dog on social media amidst the ruins of buildings destroyed by the earthquake is attracting the attention […]

Adoption: children in search of their origins

“Very, very happy. » Yes, Thomas is “really very happy”. The young man from Puy-en-Velay almost stutters. He’s been bubbling with emotions since the phone call he received a few days ago. At the end of the line, a voice from Ethiopia spoke these few words: “I found your biological mother. She wants to talk […]

Same decor, same story, the strange coincidences between Luc Besson’s film and that of a stranger

A Twitter user remarks that the director was heavily inspired by his short film shot on the set ofArthur and the Minimoys for his new horror feature film. On Wednesday June 29, the new feature film by Luc Besson was released in theaters. In this horror film, called Arthur, Curseteenagers, fans of the trilogy Arthur […]