As of March, Three Arrows Capital (3AC) still manages about $10 billion in assets and is one of the most prominent crypto funds in the world. Now, the business has had to file for bankruptcy after the cryptocurrency’s value plummeted and a risky trading strategy left 3AC unable to pay its creditors.

The pain seemed to have just begun. The list of 3AC creditors is long. When the cryptocurrency market “evaporated” more than 1 trillion USD since April, investors betting on businesses like 3AC suffered heavy consequences.

According to Nic Carter, partner at Castle Island Ventures, a fund focused on blockchain investments, people are pulling away from crypto lenders.

Three Arrows’ strategy is to borrow money from all over and invest in other crypto projects. 3AC has been around for about a decade, helping founders Zhu Su and Kyle Davies gain credibility in the crypto industry. Zhu is also the host of a popular crypto podcast.

Court records seen by CNBC show lawyers representing 3AC’s creditors insist Zhu and Davies have not cooperated with them. The liquidation process has also not started, meaning there is no penny to pay the creditor.

According to Bloomberg, when people went to 3AC’s office address in Singapore at the end of June to find the whereabouts of the founders, people only found the door closed, the computer not working, letters scattered outside the door. People who work in neighboring offices say they haven’t seen anyone in or out lately.

The collapse of Three Arrows Capital is related to the May crash of terraUSD (UST), one of the most popular stablecoin projects in the US. The stability of UST depends on a complex chain of programming with a commitment to always keep the price despite fluctuations in the crypto market. Investors are intrigued with annual returns of up to 20%, a rate many analysts, including Alkesh Shah, Bank of America’s crypto and digital asset strategist, say. unsustainable.

The sell-off caused by UST and its brother token LUNA cost crypto investors $60 billion. Nik Bhatia, a professor of finance and economics at the University of Southern California, describes it as the first domino to fall into a “prolonged string of cheating nightmares”.

Speaking to the Wall Street Journal, 3AC said it had invested $200 million in LUNA. Other reports put the investment at around 560 million. Whatever the exact number, it becomes worthless when the project fails. The incident rocked confidence in the industry and sent the crypto market sliding.

3AC’s creditors requested a partial refund by call margin, but were unsuccessful. In turn, the creditors also failed to meet the demand from their investors, including retail investors hoping for a rate of return of 20%/year.

Peter Smith, CEO of Blockchain.com, reassured investors that his exchange remains liquid, debt-paying and customers will not be affected. But investors have heard these words before. Voyager said the same thing a few days before filing for bankruptcy.

According to Bhatia, cryptocurrencies don’t have many customer protections attached to them, so retail investors don’t know how they will end up. Voyager Digital customers recently received an email informing them that it would take some time before they could access the crypto in their accounts again.

CEO Stephen Ehrlich said on Twitter that, after going through bankruptcy proceedings, customers can receive a package that includes their crypto holdings, common shares in the new Voyager, Voyager tokens and any other tokens. what interest is derived from 3AC. However, investors told CNBC that they see no reason to be optimistic.

Du Lam (According to CNBC) 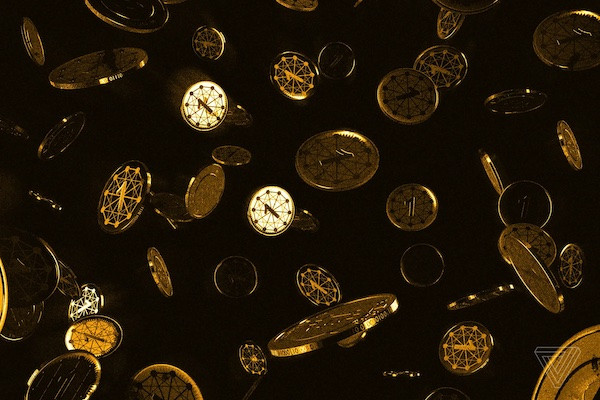 Bitcoin and Cryptocurrencies in the Russia-Ukraine Conflict

Touted by its supporters as a safe haven from political strife, it is a fact that the price of Bitcoin is stagnating. Bitcoin is viewed by many libertarians as a kind of digital gold. With a limited total supply (only 21 million BTC), increasingly difficult mining plus the trust and acceptance of many people, Bitcoin […]

Despite a sharp drop in revenue compared to August, Axie Infinity is getting closer to the $1 billion milestone. According to the latest data from Token Terminal, Axie Infinity’s September revenue was $220.34 million, down 40% compared to August. However, this revenue still helps the blockchain game from Vietnam maintain its position. number one in […]

Australia made Facebook pay for the press, lessons for Vietnam

The French continue to put more money aside than in normal times. This is shown by the figures published this Thursday by the Banque de France. If, in the first quarter, the flow of investments was down slightly cumulatively over four rolling quarters (162.5 billion after 165.8 billion), its level remains higher than that before […]

When is a missed period not a sign of pregnancy? – VnExpress

Pregnancy is a common cause of missed periods, but it can also sometimes be caused by weight changes, severe stress, medical conditions, or menopause. A normal menstrual cycle (from the first day of your period to the first day of your next period) ranges from 28 to 30 days. However, some people can have periods […]

On August 10, Samsung Vina Electronics Company launched two new versions that have just joined the Galaxy ecosystem, Watch5 series and Buds2Pro at the Galaxy UNPACKED 2022 event. Both versions have improved design as well as a deep upgrade in health monitoring features with an improved BioActive sensor and promote better training progress for users, […]

“I can’t help but imagine myself jumping”: five “vacuum professionals” tell us about vertigo

Find all the episodes of “Vertiges”, as you go, on our site. 1. “I’m afraid I can’t stop myself from jumping” Gary Hunt, 38-year-old Franco-British, several times high diving world champion. “I have a very special relationship to height. Ever since I started my diving career, I have used to stand on a platform above […]

Wig, powder and brocades… Johnny Depp in the skin of Louis XV for Maïwenn

“Johnny got along very well with Maïwenn, we already feel a real bond between them.” POOL / REUTERS In Jeanne du Barrycurrently filming in France, the star of Pirates of the Caribbean interprets the old king struggling with his last courtesan. On Wednesday August 10, the distributor Le Pacte shared the first official photo of […]

Hospital: the Minister of Health admits that emergency services are closed

Several emergency services are currently closed in France, acknowledged on Wednesday François Braun, the Minister of Health, who had until then refused to discuss such a situation in a context of concerns about the ability of hospitals to cross. the summer. “In terms of closures, that is to say an emergency service that would no […]