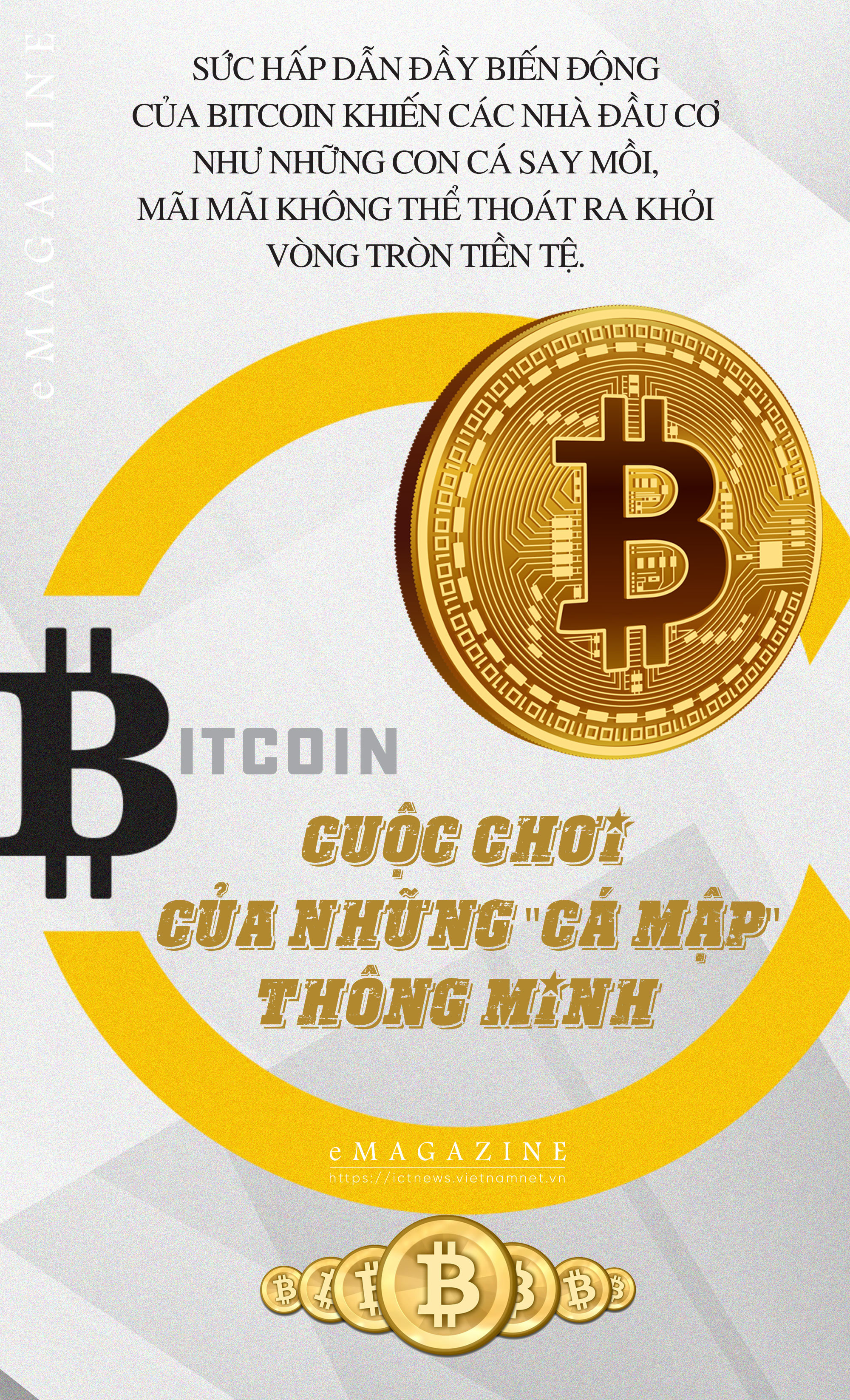 By breaking the record $ 64,000 recently, Bitcoin has turned many investors into billionaires over the past 12 years. With all kinds of emotions, sadness, joy, calm, fear, suspense … and even death, the attraction of Bitcoin and its derivatives makes it difficult for many people to give up. play this.

“Bitcoin is a silly thing in the economic sense, it shouldn’t be optimistic about a deflationary financial system,” said one investor. But he will still choose to invest in Bitcoin, and the reason is simple because it is easy to make money. After all, this is a game of “beating the drums, spreading flowers”, human weakness is like an inherent perpetual movement machine, no one wants to see the drums and flowers stop in hand.

Bitcoin was initially a delight for tech enthusiasts and Internet users, but now Wall Street elites can also smell the breath of money.

After the financial crisis of 2008, the new generation of Wall Street elites lived a “catastrophe.” The best brains in the world are revolving around Wall Street and not many people are satisfied with salaries of hundreds. thousand dollars a year, they don’t want to be a little fish.

It is difficult for these smart people to have goodwill, and the digital currency has become a sharp knife in their hands. The elites at the bottom of Wall Street are “escaping”, but the players above have calculated more deeply to create a deep hole that they themselves do not know how many people fell there. 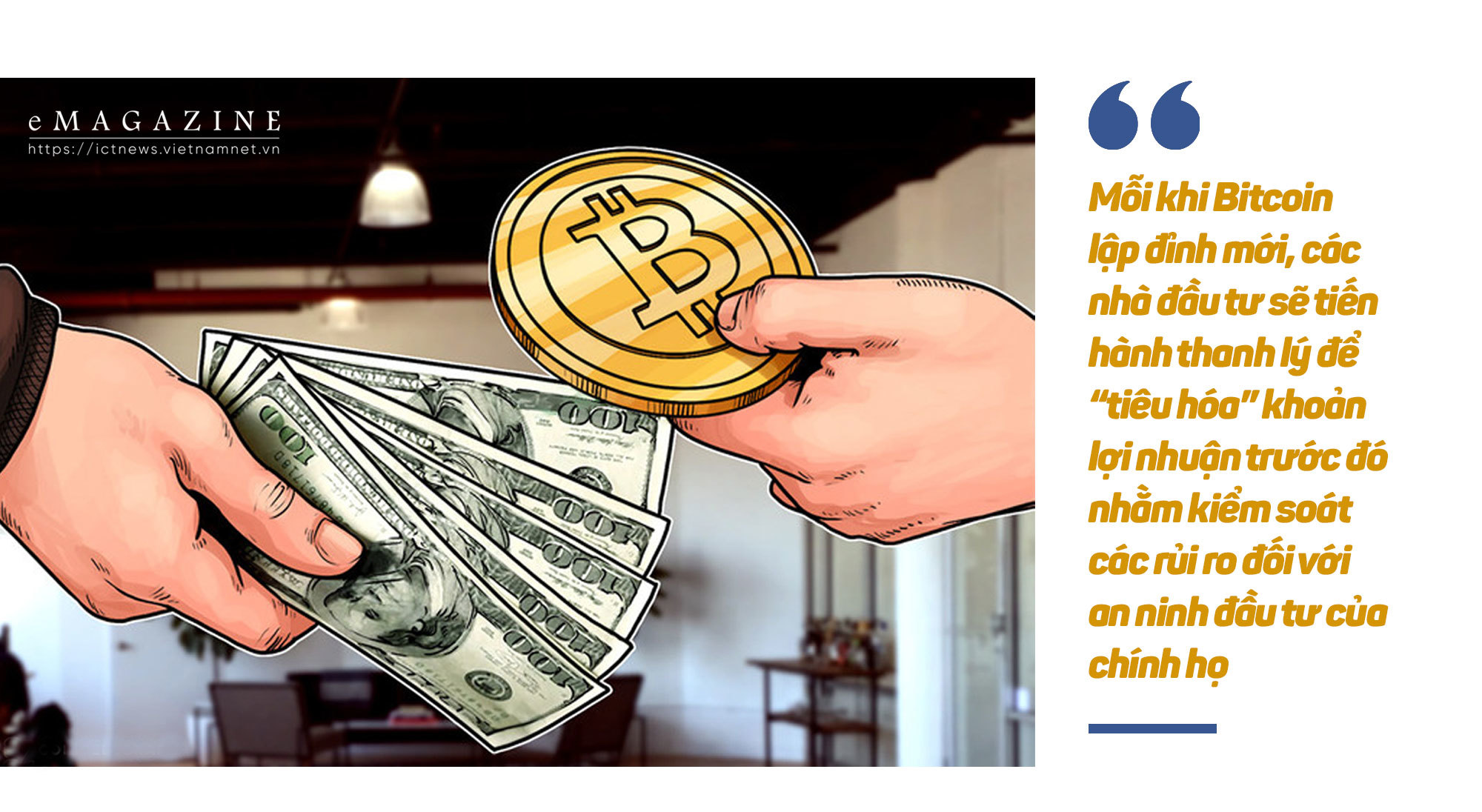 In other words, the “misguided” elites on Wall Street only use Bitcoin as a money-making tool and this model is how they make good money.

From a full cycle point of view, high volatility in currency prices is also normal. Over the past 12 years, Bitcoin’s price has touched the hearts of countless people like a roller coaster. The bubble burst, weakened down, bounced, and fluctuated alternately. The sudden increase or decrease is not only a response of market sentiment, but also typical of a macro trend.

Both the currency world and economists have a thorough insight into the regulatory attitudes of the United States and advanced economies towards Bitcoin. There is also an expansion of the Bitcoin asset bubble and other digital currencies.

Even knowing the nature of cryptocurrencies, understanding the law is not easy. Behind Bitcoin’s dramatic volatility is rife with potentially dangerous pitfalls in the spot and futures markets. 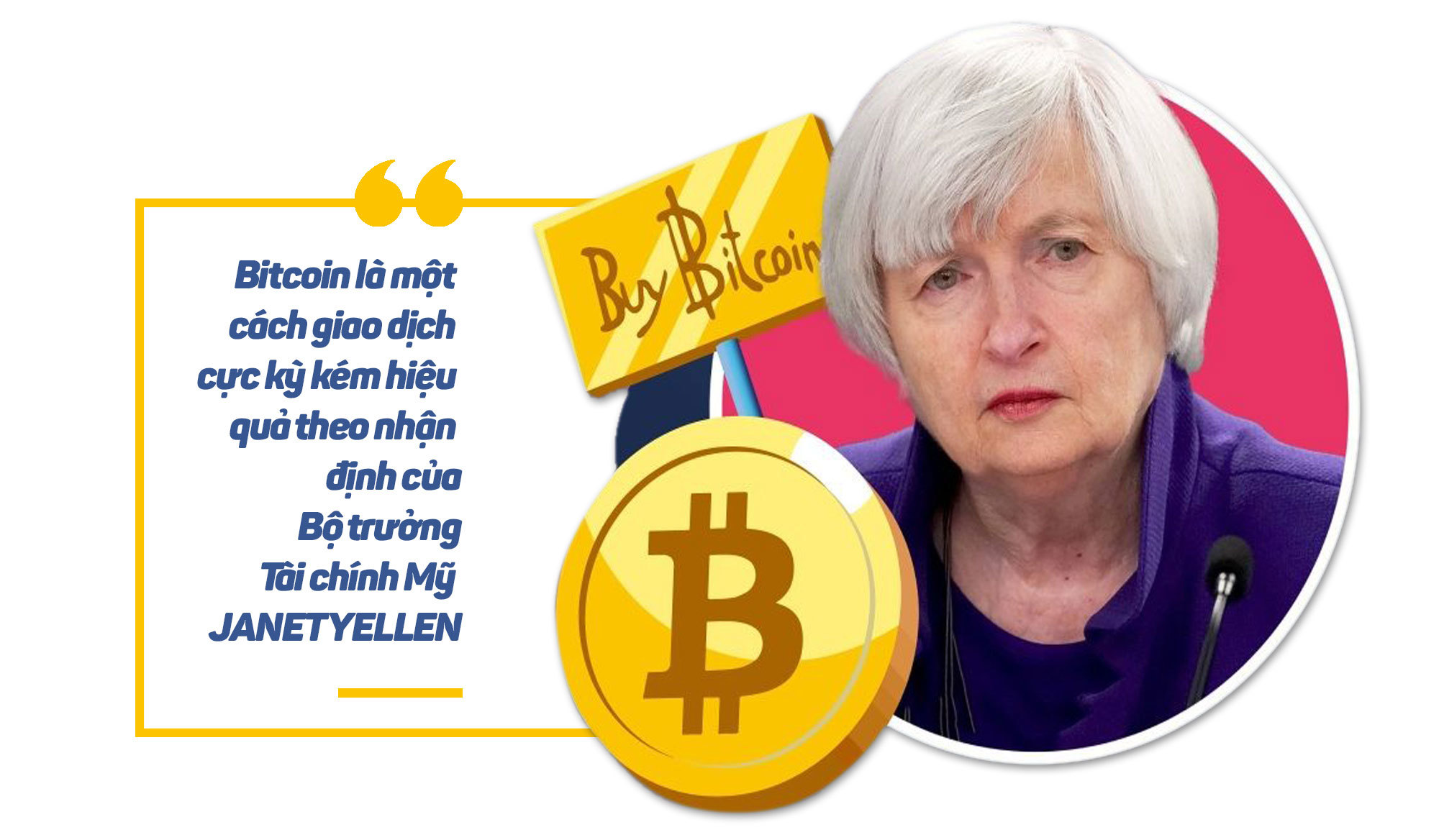 Floating and dangerous money makes professional investors who see clearly everything also feel “guilty”. But is the crypto craze really over? It is probably not the focus of smart people, what they notice is how to benefit until the end. At least for the giants, the allocation of assets in relation to cryptocurrencies is nothing to say in the face of their enormous wealth.

Despite repeated warnings from regulators, the lure of money not only excites the smart minds on Wall Street, but also upsets the nerves of some fintech firms. . In fact, institutions are also a member of coercion, and investing in cryptocurrencies has become an inevitable link.

“Organizations have to make outsiders feel that they are at the forefront of this investment and they don’t want to be seen as too conservative or too low,” said financial researcher Ju Jianhua.

At the same time, as the Covid-19 translation raged, the global economy was compromised and Bitcoin’s hedging character became more and more apparent. The value of the virtual currency increased from a low of $ 3,155 at the end of 2018 to more than $ 60,000 today. 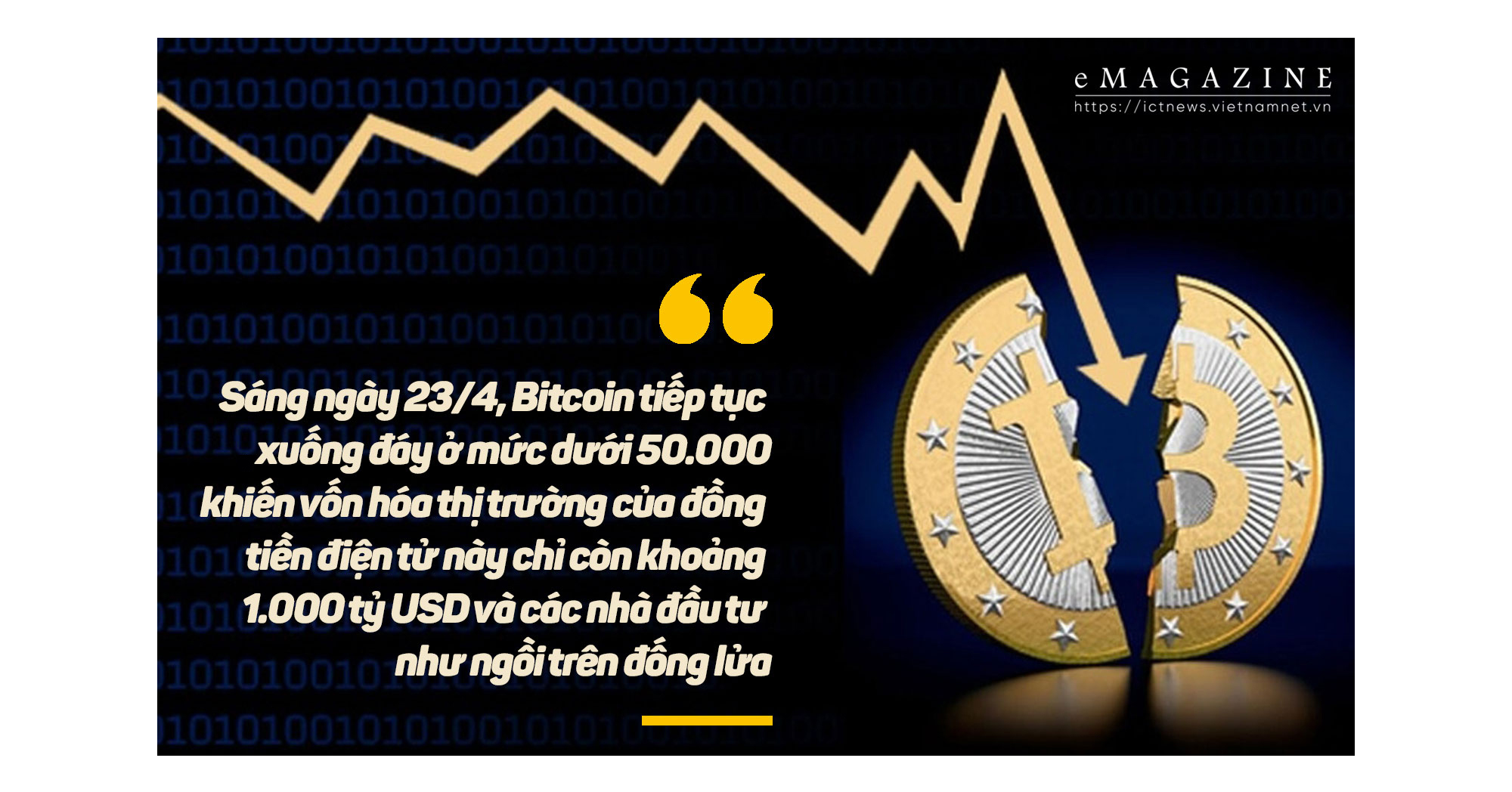 Faced with that situation, Wall Street and Silicon Valley have strongly entered the cryptocurrency market. CoinShares data shows that the size of crypto assets managed by institutions in the first quarter of this year has grown to as high as $ 59 billion, while last year the figure was just 37.6. billion USD.

Indeed, compared to the skyrocketing data, the claims of the institutions are clearer. After JP Morgan filed for the launch of “Bitcoin concept shares” in March, it was predicted that Bitcoin’s target price would reach $ 130,000. The ARK fund, which opened the door to Bitcoin, believes that the market value of the virtual currency will eventually match or even surpass gold. 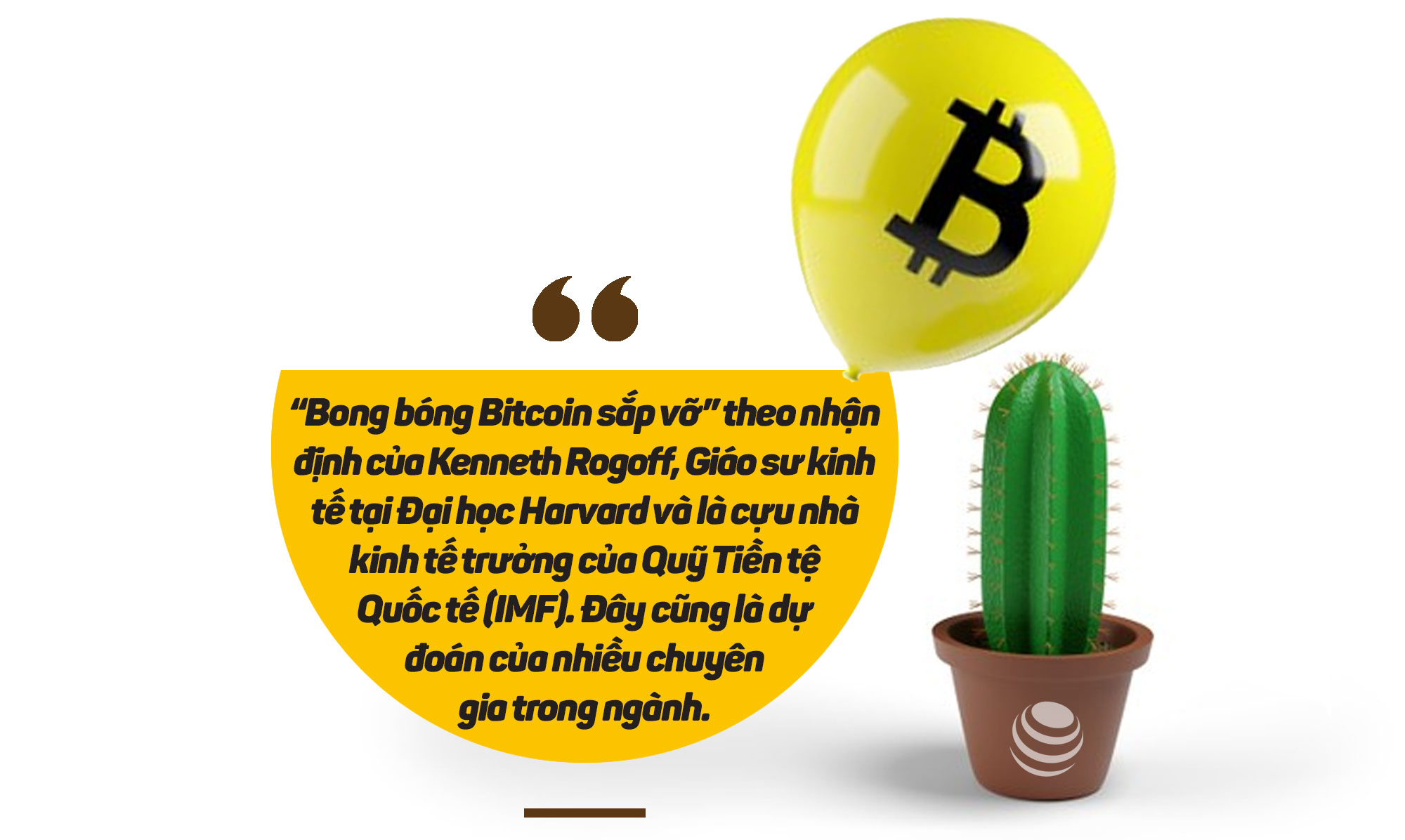 In the eyes of the outsiders, the goal was to make Bitcoin the next bond or equity market, and their dreams were already starting to come true. Recently, after Canada approved a Bitcoin ETF, Coinbase – the largest crypto exchange in the US – also successfully IPOed “the first stock of cryptocurrency”.

Naeem Aslam, chief market analyst at AvaTrade, points out that Coinbase’s listing on the market shows very clear signals that regulators won’t take a strong stance on the cryptocurrency.

That certainly increases the liquidity and depth of the digital currency market. Now, after more than 10 years of Bitcoin being put into operation, most of this coin is tightly controlled by the development team and major investors. Meanwhile, for small investors, their network’s fortunes can be easily changed with just a “finger” by the manipulation of giant sharks … 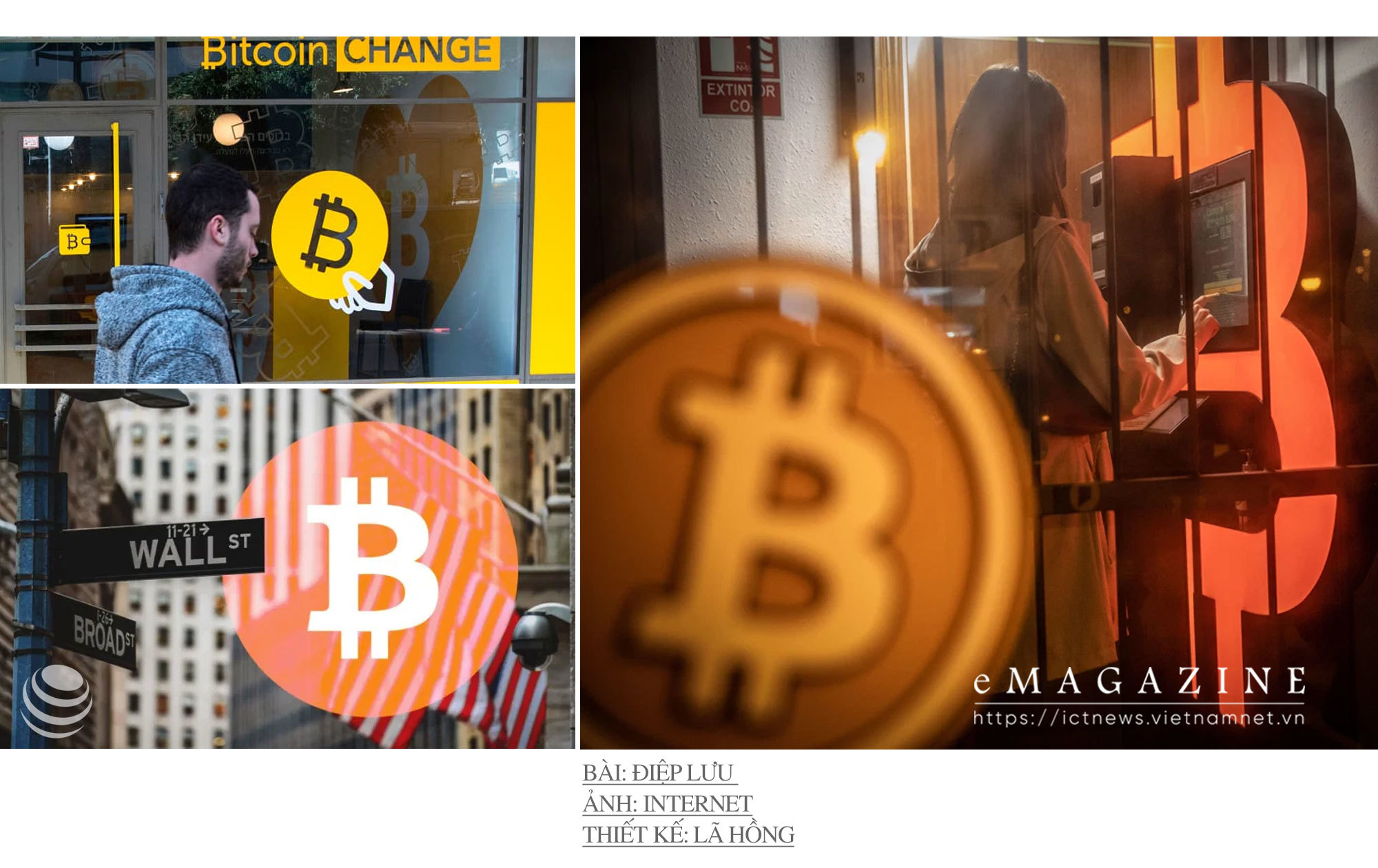 Bitcoin price dropped 11,600 USD in just 2 weekends. Many people have begun to feel concerns about the “uptrend” of Bitcoin about to break. What are Vietnamese investors thinking now?

An English center was fined 7.5 million for spreading spam calls

Calling advertising without the consent of the user, a business in Hanoi has just been sanctioned for spreading spam calls. Inspector of the Hanoi Department of Information and Communications has just issued a decision to sanction an administrative violation against the Northern VUS English Center Co., Ltd. This business has a registered business address on […]

iPhone is about to have a periscope camera, 10x zoom

According to analyst Jeff Pu, iPhone 15 will be released in 2023 equipped with a periscope camera, allowing to increase optical zoom up to 10x. The periscope lenses will reflect light passing through the iPhone’s lens to the camera’s sensor using a reflector. The bending of light will allow Apple to place a larger telephoto […]

During a working visit to Vietnam, former Israeli Prime Minister Ehud Barak recently had a talk show at the Opera House (Hanoi). Here, he shared the reasons why Israel became a creative country and lessons that Vietnam can apply to develop the country. The country with a technology industry accounting for 50% of export value […]

Raffiella Chapman plays Vesper, a teenager living deep in a forest, who communicates with her father only through a kind of flying drone. Ieva Jura/Condor Cast REVIEW – This dreamlike anticipation film shot in the Lithuanian forests delivers an ecological message by taking new paths. On an Earth where nothing grows, humanity has returned to […]

If there is a nuclear war between Russia and America, then half of humanity will be wiped out!

Nuclear War Study: On one hand, where people are already scared about nuclear war, a new study has put people more worried. It has been told in the study that if there is a nuclear war between Russia and America, then five billion people will be killed. However, the reason for the death of so […]

Mobility: the enhanced bicycle bonus for the most vulnerable people

With an average price of between 1,500 and 2,000 euros (according to the calculation of UFC Que Choisir), the electric bike remains inaccessible to the most precarious people. This is the reason for this new decree which came into force on Monday, which increases the maximum bonus for the purchase of an electric bicycle from […]