China has begun to tighten its antitrust laws, prompting Chinese tech giants to seek ways to funnel money into the US.

Over the past few months, China has begun tightening antitrust laws targeting domestic tech companies that are about to go public.

In fact, in the past, many Chinese companies have penetrated the US for a long time through different routes. This group called Big Tech China includes Tencent, Alibaba, Huawei, Xiaomi, ByteDance and Baidu.

Since 2017, Internet giant Tencent has had a controlling stake in half of the 25 or so funds of Chinese companies that issue American Certificates of Deposit (ADR). Roughly, ADR is a form of security for foreign companies like Tencent to access the capital market in the US without having to be listed on the US stock exchange directly.

E-commerce giant Alibaba also holds shares in some of these 25 names, while other tech giants such as Xiaomi phone maker, shopping platform Meituan or search platform Baidu also have shares. share in one or two of these funds.

Although a technology company incubated in Shenzhen, Tencent has long been known as a giant that invests in foreign game companies, especially in the US.

Tencent’s holdings in public companies over the past year have grown by 785.11 billion yuan ($112.7 billion) with profits reaching more than 160 billion yuan ($25 billion), according to the report. corporation’s annual report. This figure does not include revenue from subsidiaries such as Riot Games.

Tencent is also listed on the Hong Kong Stock Exchange as the largest company by market capitalization.

Last week, Tencent was notified by Chinese authorities to postpone the merger of two livestreaming platforms Huya and Douyu based on Beijing’s antitrust regulations. Both of these Tencent subsidiaries have been listed on the US stock exchange in the past three years.

For startups in the mainland, being funded by Big Tech China means being able to reach a huge customer base.

By the Internet industry in China is very cruel. In a book published in 2018, author Kai-Fu Lee, who once headed Google China, describes the battle of domestic companies as the ancient Roman arena where nothing is limited, from blatant theft of patents to launching a smear media campaign.

After years of deregulation, China has begun a widespread crackdown on tech giants at home in the past few months. 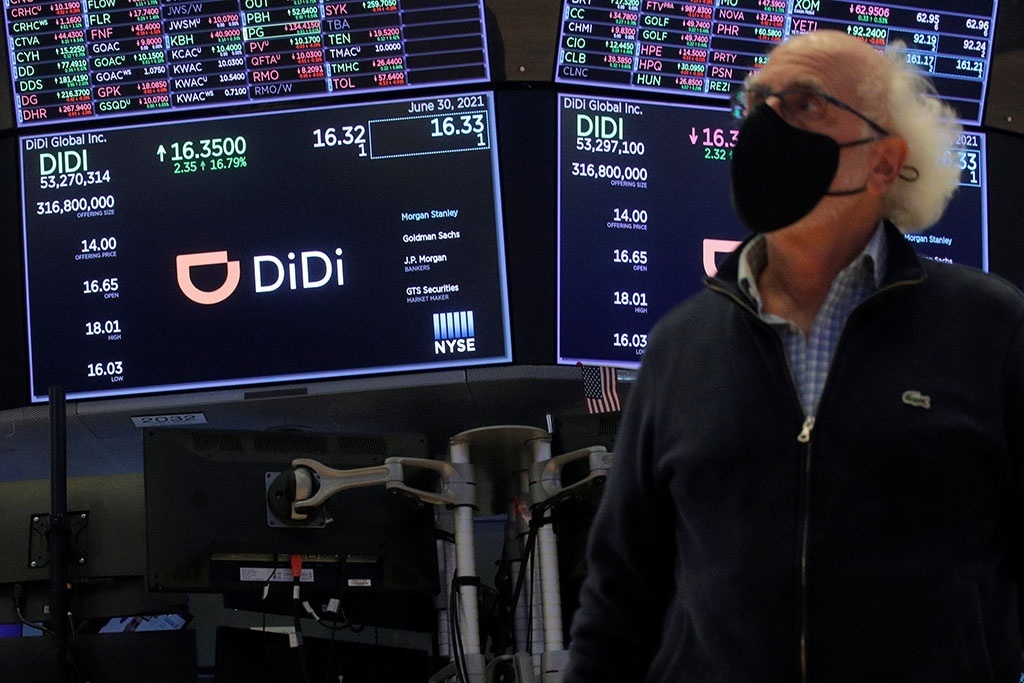 Didi’s IPO did not go smoothly.

Funded by Tencent, ride-hailing app Didi was listed on the US stock exchange on June 30. But within the past five days, Beijing has launched a comprehensive investigation into the use of user data by Didi and its US-listed subsidiaries.

Last week, the CAC also announced that companies with the data of more than 1 million users need to be approved before going on a foreign exchange.

China’s increased surveillance of technology companies’ data stemmed from a joke made by billionaire Jack Ma last year, which eventually led to the 57-year-old billionaire’s Alibaba being fined by the authorities. ,8 billion USD.

Phuong Nguyen (according to CNBC)

A series of rumors surfaced on Twitter about Apple spending money to buy Bitcoin.

What US lawsuits and investigations is Big Tech facing?

Tech giants (Big Tech) such as Google, Facebook, Apple and Amazon have suffered a series of antitrust lawsuits by the US government and states alleging they are operating monopolies and abusive. its power.

The Chinese government once ‘moved’ a mountain to serve Apple

While surveying the site, Apple’s manufacturing partner pointed to a small mountain in the distance, saying that the factory would be built there. The Chinese government has “moved” that mountain to serve Apple. Since establishing its first production line in China in the early 2000s, Apple has expanded its production scale, making the country a […]

According to Counterpoint, realme became the fastest company with sales of 50 million devices in October 2020 and also a rare major company with 2-digit growth (11%) in the second quarter of 2020, maintaining its ranked top 7 global smartphone brands. Overcoming difficulties thanks to understanding young customers 2020 is considered a memorable year because […]

When is a missed period not a sign of pregnancy? – VnExpress

Pregnancy is a common cause of missed periods, but it can also sometimes be caused by weight changes, severe stress, medical conditions, or menopause. A normal menstrual cycle (from the first day of your period to the first day of your next period) ranges from 28 to 30 days. However, some people can have periods […]

On August 10, Samsung Vina Electronics Company launched two new versions that have just joined the Galaxy ecosystem, Watch5 series and Buds2Pro at the Galaxy UNPACKED 2022 event. Both versions have improved design as well as a deep upgrade in health monitoring features with an improved BioActive sensor and promote better training progress for users, […]

“I can’t help but imagine myself jumping”: five “vacuum professionals” tell us about vertigo

Find all the episodes of “Vertiges”, as you go, on our site. 1. “I’m afraid I can’t stop myself from jumping” Gary Hunt, 38-year-old Franco-British, several times high diving world champion. “I have a very special relationship to height. Ever since I started my diving career, I have used to stand on a platform above […]

Wig, powder and brocades… Johnny Depp in the skin of Louis XV for Maïwenn

“Johnny got along very well with Maïwenn, we already feel a real bond between them.” POOL / REUTERS In Jeanne du Barrycurrently filming in France, the star of Pirates of the Caribbean interprets the old king struggling with his last courtesan. On Wednesday August 10, the distributor Le Pacte shared the first official photo of […]

Hospital: the Minister of Health admits that emergency services are closed

Several emergency services are currently closed in France, acknowledged on Wednesday François Braun, the Minister of Health, who had until then refused to discuss such a situation in a context of concerns about the ability of hospitals to cross. the summer. “In terms of closures, that is to say an emergency service that would no […]

People with heart disease should base on healthy fat intake and smoke point to choose a healthy cooking oil. People with cardiovascular disease are often encouraged to reduce fat in their daily menu, in order to reduce blood cholesterol levels. However, cutting fat completely leads to the opposite effect, causing adverse health effects. To have […]